Latest run of Screen8, a filmmaking programme from The Digital Hub and the Virgin Media Dublin International Film Festival, is tailored for senior citizens, who will experience the world of film with professional filmmaker Paul Farren.

The Digital Hub and the Dublin International Film Festival first piloted Screen8 in May 2018 as an intensive but fun introduction to the possibilities of working in the film industry for young people.

This year it was decided to run the programme for older people in our community of Dublin 8. This cohort of people will get to experience a taste of filmmaking and work with producer, director, writer and editor, Paul Farren to create their own short film. The process will challenge and engage older people in a creative and fun project.

Paul, who has been working in film facilitation for over 20 years, is thrilled to be leading Screen8 this year and he will work with the participants to create a film from scratch.

“I can’t wait to meet the participants, to get to know them, their life stories and experiences, share my film knowledge with them and watch their progress throughout the production process.” – Paul Farren.

Eighteen senior citizens from the Dublin 8 area will be recruited. They will attend a weekly session held at The Digital Hub’s learning studio where Paul, supported by an assistant tutor, will work with them, over 12 weeks, to produce a festival-ready short film, which will be premiered at the Virgin Media Dublin International Film Festival next Spring.

If you or someone you know would like to participate in Screen8 please email info@thedigitalhub.com for further information.

The start date of Screen8 is to be confirmed but the programme will commence in November. 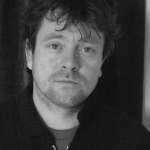 Paul is a filmmaker — he has produced and directed films, commercials, some plays and a music video or three. As a filmmaker and facilitator he has worked with many groups all over Ireland teaching filmmaking through making films; each encounter has resulted in original work from the various groups.

His film work includes ‘where the sea used to be‘ which won the Best Feature at the inaugural Fingal Film Festival in 2012 and a Van Gogh Award for Best First Time Feature Director at the 2012 Amsterdam Film Festival. He is an interview and feature writer with Film Ireland and contributor to their podcast. He is currently working on several feature scripts and co-writing a book on the films of acclaimed filmmaker Walter Hill for McFarland Books.

As the Screen8 Filmmaker in Residence, Paul will have an office at The Digital Hub campus in Dublin 8 to support both the delivery of Screen8 and his own work and development.

The Festival curates and presents the best in emerging international and Irish film and moving image culture for a wide audience through its flagship annual festival, along with a range of year-round events. Virgin Media DIFF aims to offer memorable experiences through audience interaction and engagement with filmmakers, actors and industry professionals, along with informed debate about the future of film as an art form.

About The Digital Hub

Based in the historic Liberties area of Dublin city centre, The Digital Hub is an enterprise cluster for growing technology companies. It provides a space for indigenous enterprises such as Bizimply, Neuromod, Good Travel Software and Akara Robotics to scale and grow, alongside major global companies like Black Shamrock and Lonely Planet.

The Digital Hub is a supportive partner of the local community and runs several learning initiatives for people of all ages in the Liberties and wider Dublin city area. Community learning programmes are supported by local partners. For example, the Future Creators Cadets is delivered by H2 Learning and supported by National College of Art and Design (NCAD) and The Liber8 Music Project is run with BIMM Institute Dublin. The Digital Hub also works with community groups and organisations such as the Robert Emmet Community Development Project and Pocket Forests on a range of initiatives linked to health, wellbeing, sustainability, and biodiversity. The Digital Hub is one of three lead partners in the Smart D8 initiative which aims to improve and sustain the health and wellbeing of Dublin 8 citizens through innovation and collaboration.

Keep up-to-date on all our latest news