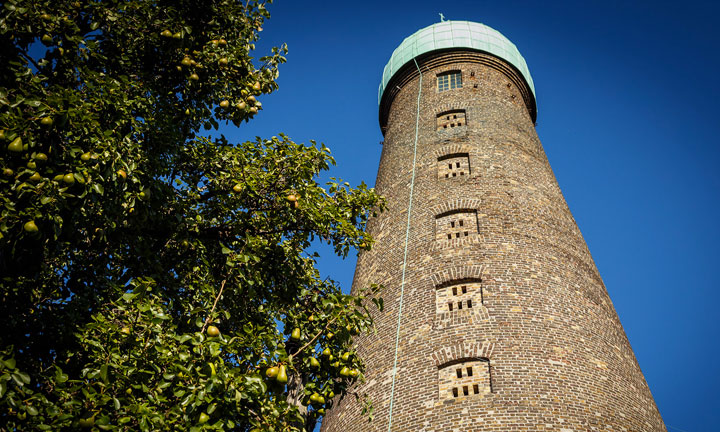 The Digital Hub campus is home to, what is claimed to be, Ireland’s oldest fruit bearing tree.

The tree in question, a pear tree of the Pyrus Communis variety, is estimated to be aged in the range of 150 to 200 years old according to a 2009 survey by the Tree Council of Ireland.

The tree stands next to an historic industrial building called St. Patrick’s Tower — a structure that was once the largest smock windmill in Europe. It was built in 1757, as part of the George Roe & Co. whiskey distillery and rebuilt in 1805 with the latter date evident on a stone plaque. 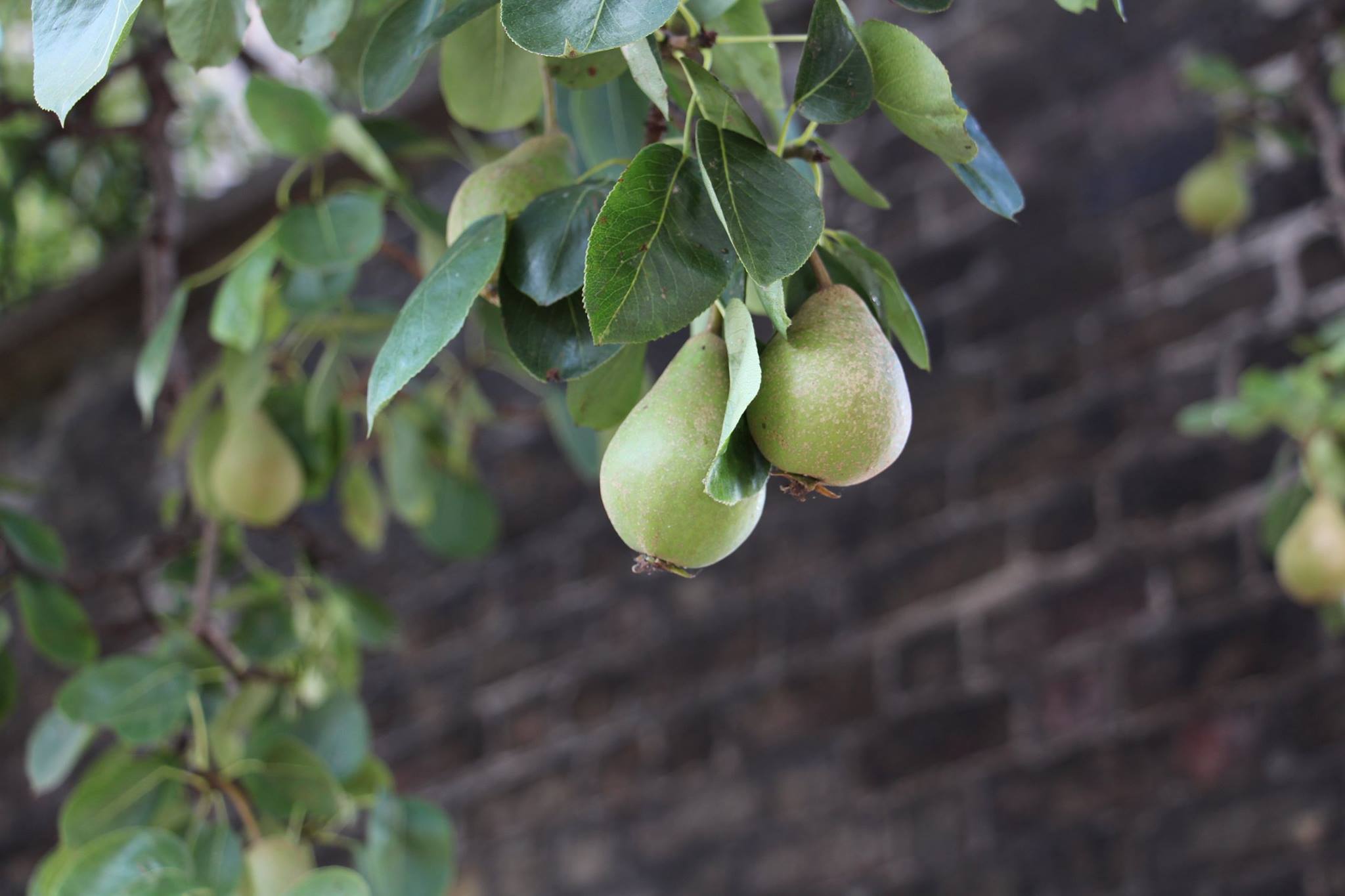 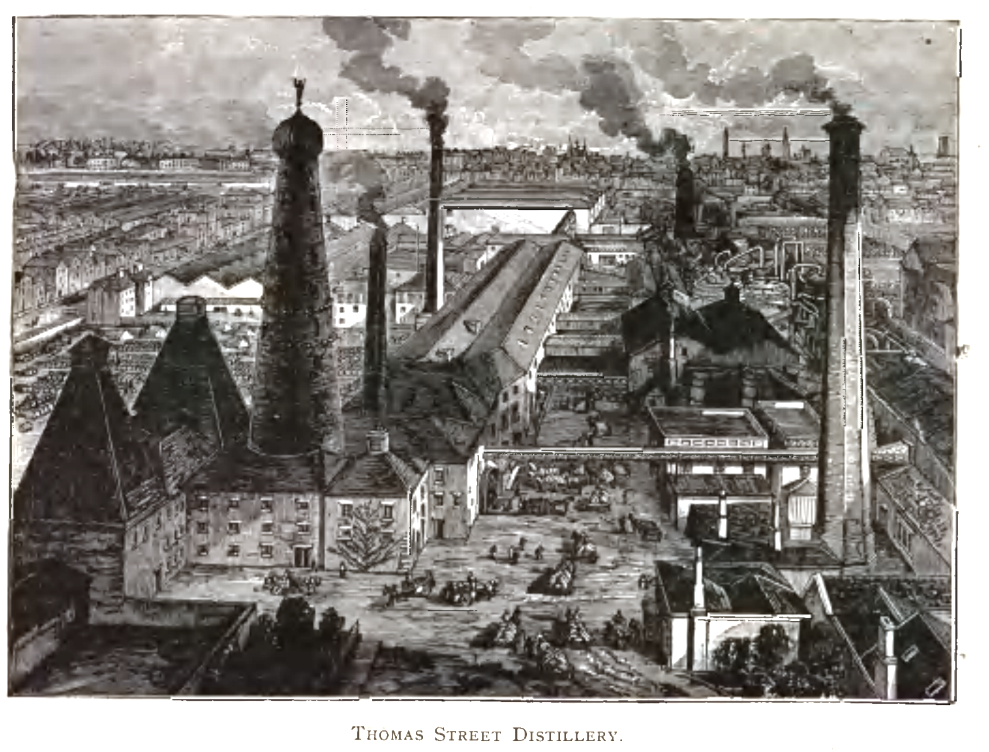 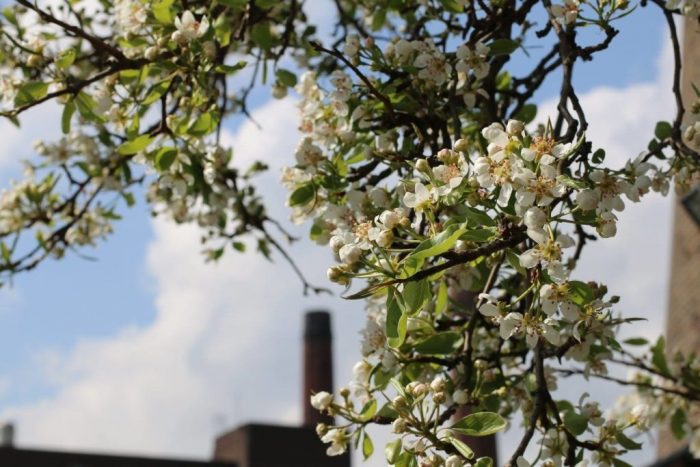 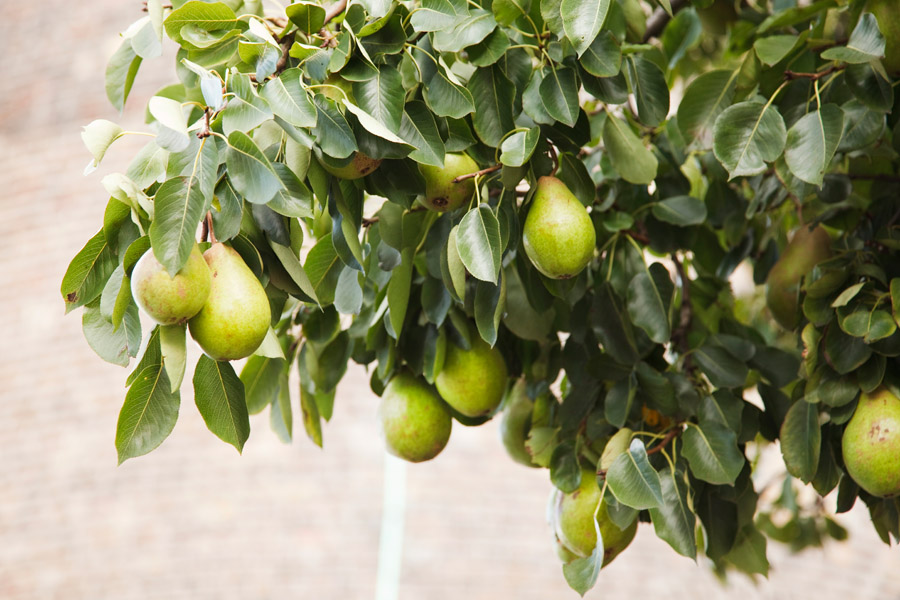 A tree, which it could be said is the pear tree at The Digital Hub, is visible in a sketch of the then George Roe’s Distillery circa. 1892, which lends some credence to its status as one of Ireland’s oldest fruit bearing trees.

In Summer of 2022 a pear leaf was collected and sent to the Irish Seed Savers Association, who in turn will send it to UK lab for DNA extraction. This will provide certainty as to the age and provenance of the tree. This is part of a project with Gareth Kennedy, Lecturer, Sculpture and Expanded practice at the nearby National College of Art and Design.

Our friends at Pocket Forests held ‘The Baby Pear Project Workshop’ in October 2021. In the workshop that year’s pear crop was used to grow offspring pears from seed. You can read a very evocative description of the pear tree and its importance as a heritage tree of Ireland from Catherine Cleary of Pocket Forests:

The pear tree in The Digital Hub is older than any human alive on the planet. When she was planted slavery was still in full force in the world, pioneers were travelling west on the Oregon Trail. Women the world over couldn’t vote. The worst years of the Irish Famine were a very recent memory and most Dubliners lived in squalid conditions around what was then a 17-acre site of the Thomas Street Distillery.

The smock windmill was built in 1757, nearly a century before this pear tree was planted. Sacks of grain were carried on men’s shoulders up the winding staircase of the windmill to be ground by millstones at the top.

In his book The Lost Distilleries of Ireland Brian Townsend quotes a visitor to the 18th century site describing its beauty. “He described the distillery entrance as the most striking he had seen, like a chateau in France, with ivy covered walls and flower beds … ” and the largest at 17 acres.

In 2009 the pear joined the list of Ireland’s Heritage Trees, a Pyrus Communis, or common pear, “estimated to be between 150 and 200 years old

We think she’s a real uncommon pear and a sentinel tree that has seen the city swirling and changing around her, a mill building demolished, grown with the smell of whiskey being made, then a petrol station fronting onto Thomas street as horses were replaced by cars, and in recent years, whiskey distilling back again. And every year she has blossomed and produced pears. Over two centuries this beautiful mother tree has produced hundreds of thousands of pears.

She’s a marvellous example of the abundance of trees, why when we give them space in cities they give us so much more back again.